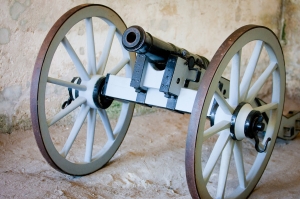 We’ve all at some point been guilty of doing this at some point in the relationship. I’ve made this same mistake myself as recently as last night. I was having a bad afternoon and was looking to my significant other to make it all better by putting him on the spot by asking him to go into detail about what he loved about me and why. Now, in the moment, I felt completely justified in demanding this. I made myself completely deaf to the other ways he was trying to reassure me. He tried to get to the bottom of my mini meltdown and show me that he had my back, but he didn’t give me what I wanted in the time I was demanding it. So as far as I was concerned, he was only making the problem worse. I let myself get so caught up in my darkness that I didn’t see the light of my lover trying to bring me out and show me that it wasn’t as bad as I was making it out to be. I let that darkness continue to spread into the evening to a phone conversation that went from bad to worse to a point in which we had to call a truce before things were said that could not be taken back. In our case, we had learned from past mistakes and were able to see the traps before we fell into them again. We’ve taken a couple of days to focus on our lives to let things cool off. This is a method I highly recommend as further conversation would have ended with no victory for either side. We have to realize that compromise doesn’t mean a loss of power. It just means a reassignment of what is really important.

What are your thoughts? Do you feel that your relationship has been plagued with problems that blow up unnecessarily? Comment on this post and discuss!